Recent studies from drug screening and disease progression have shown that 3D cell culture can better represent the in vivo or clinical condition compared to 2D monolayer culture. However, due to the limited optical transparency, characterization of the live 3D cell culture model is often challenging and fails to extract further information this culture system can provide. In this lecture, I will cover the recent development of shear wave elasticity imaging (SWEI) and photoacoustic (PA) imaging to study 3D culture systems. A 3D optical resolution PA microscope (OR-PAM) along with molecular labeling has been developed to study cell movement and cell-cell interactions. In addition, novel ultrasound- and optics-based shear wave imaging methods have been used to non-invasively quantify the matrix stiffness in 3D culture condition. Both techniques were developed to demonstrate the correlation between matrix stiffness and T cell interstitial migration during immunotherapy. The goal of this lecture is to present the influential role of these combinatory techniques from optics and ultrasound in in vitro research and the development of new treatment strategies.

Pai-Chi Li is distinguished Professor of Department of Electrical Engineering and Institute of Biomedical Electronics and Bioinformatics, National Taiwan University. He received the B.S. degree in Electrical Engineering from National Taiwan University in 1987 and the M.S. and Ph.D. degrees from the University of Michigan in 1990 and 1994, respectively, both in Electrical Engineering. He was Associate Dean of College of Electrical Engineering and Computer Science from 2015-2018. His current research interests include biomedical ultrasound and medical devices. Dr. Li is IEEE Fellow, IAMBE Fellow, AIUM Fellow and SPIE Fellow. He was also Editor-in-Chief of Journal of Medical and Biological Engineering, and has been Associate Editor of Ultrasound in Medicine and Biology, Associate Editor of IEEE Transactions on Ultrasonics, Ferroelectrics, and Frequency Control, and on the Editorial Board of Ultrasonic Imaging and Photoacoustics. He has won numerous awards including the IEEE UFFC Distinguished Lecturer Award, the IFMBE Vladimir K. Zworykin Award, Distinguished Research Award from Ministry of Science and Technology of Taiwan, the Dr. Wu Dayou Research Award from National Science Council of Taiwan, and Distinguished Industrial Collaboration Award from Ministry of Education of Taiwan. 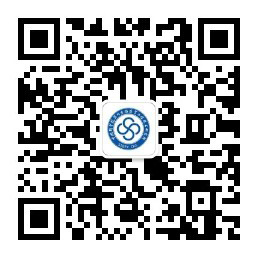